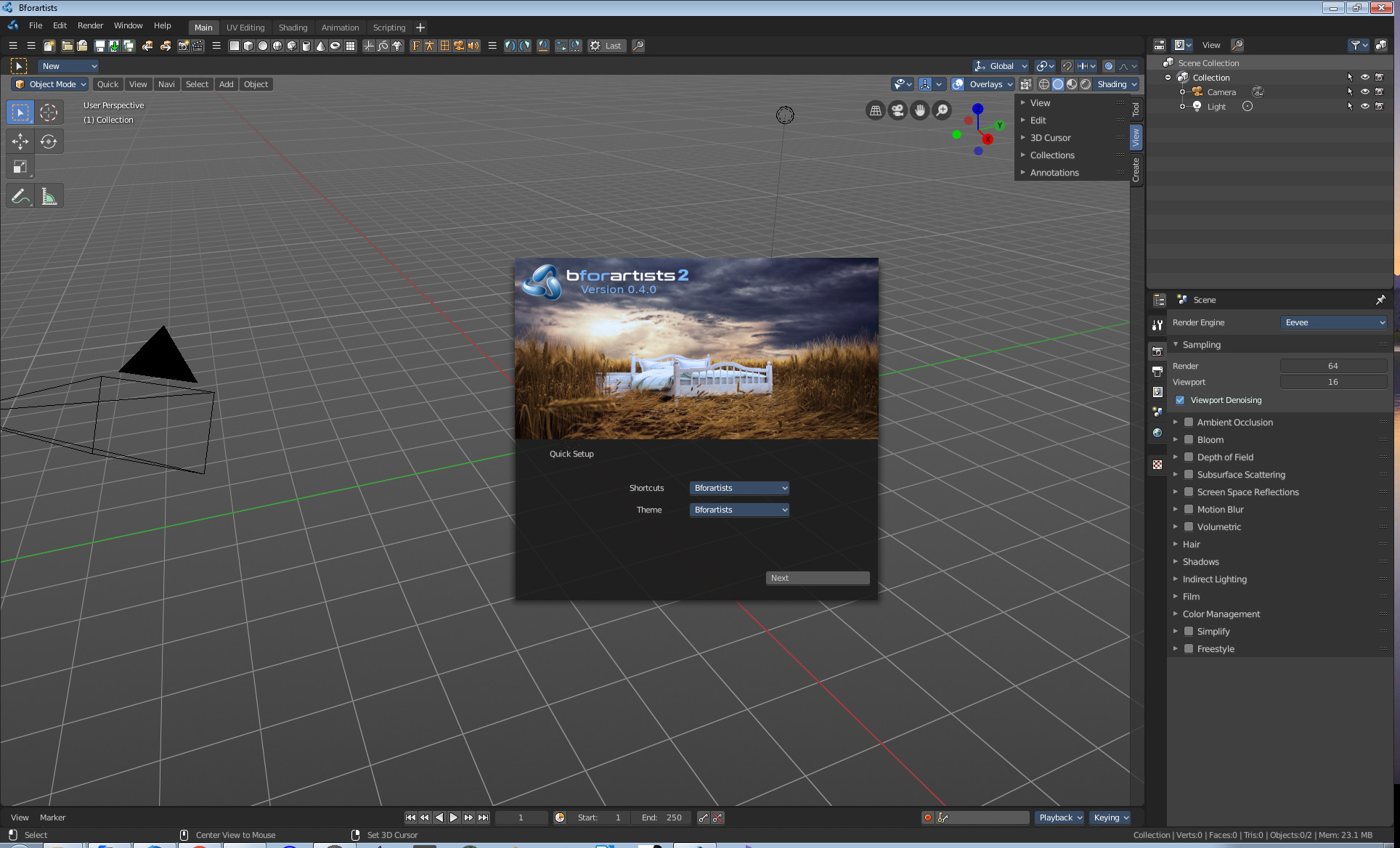 The Bforartists 2 alpha 0.4.0 release ends the cleanup work after the merge of Blender 2.80 into Bforartists. Again we removed some double menu entries, catched a few missing icons, and did some smaller tweaks. And now it starts with the changes at the actual interface. The text of the properties are now left aligned for better readability. View and Select menus are unified in look. The header is now divided into two sections instead of three. Left tools, right settings. Hundrets of tooltips have a tool name now. And it comes with some tweaks at the theme and the keymap. We had move with MMB and rotate with LMB in Bforartists 1. This was for no reason switched in Bforartists 2, which we have corrected now.

Bforartists is a fork of the popluar open source 3d software Blender.The primary goal of Bforartists is to deliver a better graphical UI and a better usability. Bforartists 2 Alpha 0.3.0 is based at the actual Blender 2.80 Beta version. And is of course free.