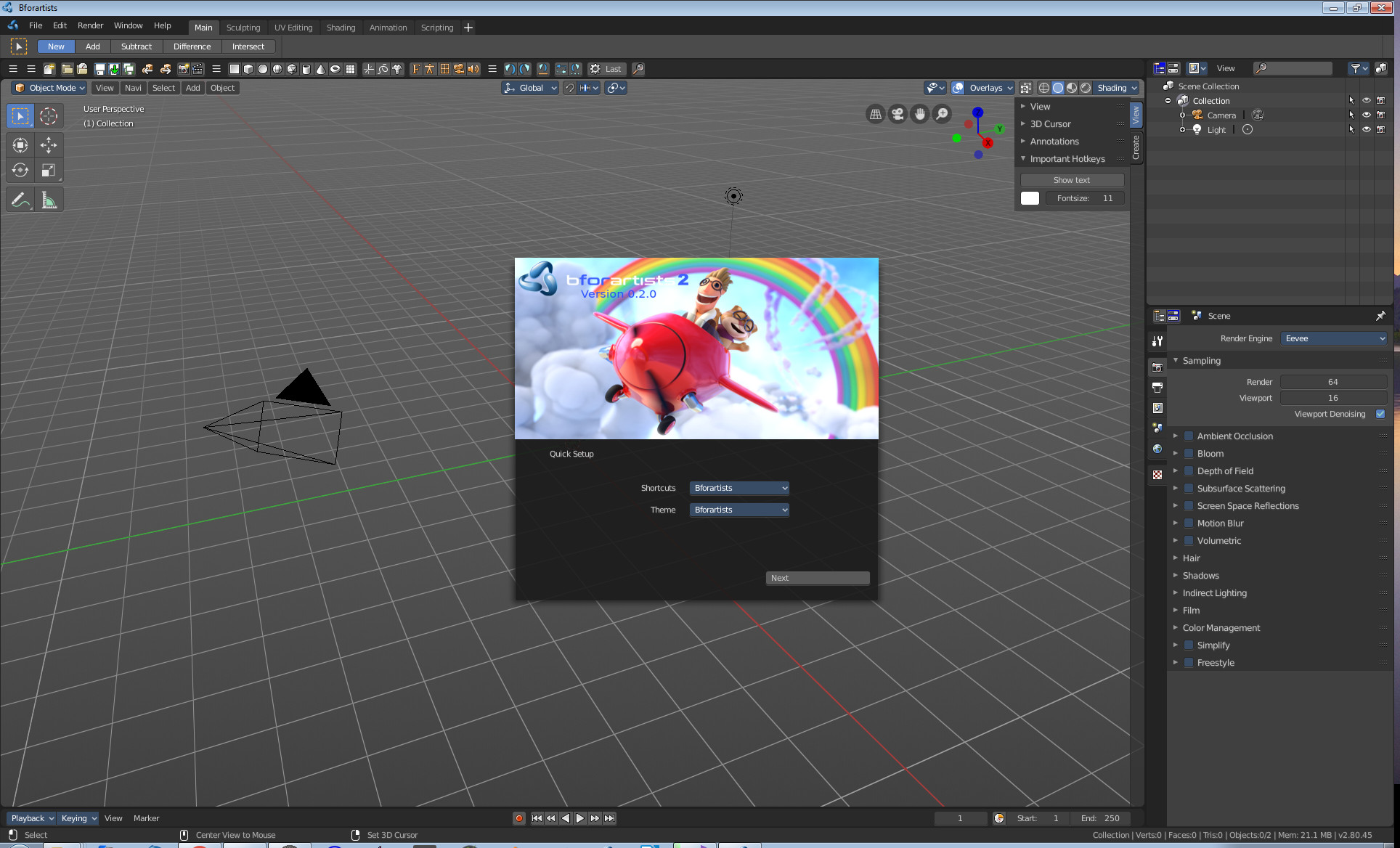 The binary downloads can as usual also be found in the download section of the official webpage. www.bforartists.de/download
The sourcecode can be found at Github.
And the release note is here: bforartists.de/release-notes/

The focus of this release was again the cleanup after the big merge of the Blender 2.80 code into Bforartists. We have again readded lots of icons, have cleaned up the icon sheet and removed not longer used icons, and have created a few new icons. Another big point was the right click context menu. We don’t use it with our keymap, RMB is for navigation in the viewport. And there was some functionality that just existed in this context menu. This content is now to find in the regular menus too. And there are lots of smaller fixes and tweaks. All in all over 100 commits again.

Bforartists is a fork of the popluar open source 3d software Blender.The primary goal of Bforartists is to deliver a better graphical UI and a better usability. Bforartists 2 Alpha 0.2.0 is based at the actual Blender 2.80 Beta version. And is of course free.

Have fun with it – Reiner