Another small release. This release is the final stroke below two very big issues that did not work. The try to implement the UI solution Qt. And the try to implement new Editor types. This two biggies have eaten lots of time, without a visible result.

The 0.4 series will be reserved for some workflow refinements now instead. For example hunting for more double menu entries. Adding more tools into the tool shelf, which also means new icons. Redo the tooltips, now that we have multiline tooltips available. And other things in that scope. 0.4.0 is the first release in this series. More to come in the nearer future. I will now try to post new builds more regularly again.

Highlights of this new version: GPU rendering is now possible. I had totally overlooked that Cuda did not work in Bforartists. The new icons became a refinement. They look now (hopefully) much better. The Add menu is now finally completely in the Tool Shelf. And we have a new menu called navi. It contains the navigation tools. The Navigation menu was formerly burried in the Views menu. To have it top level makes it possible to remove the Transform panel from the Tool Shelf.

More info can be found in the Release Note: www.bforartists.de/release-notes/ 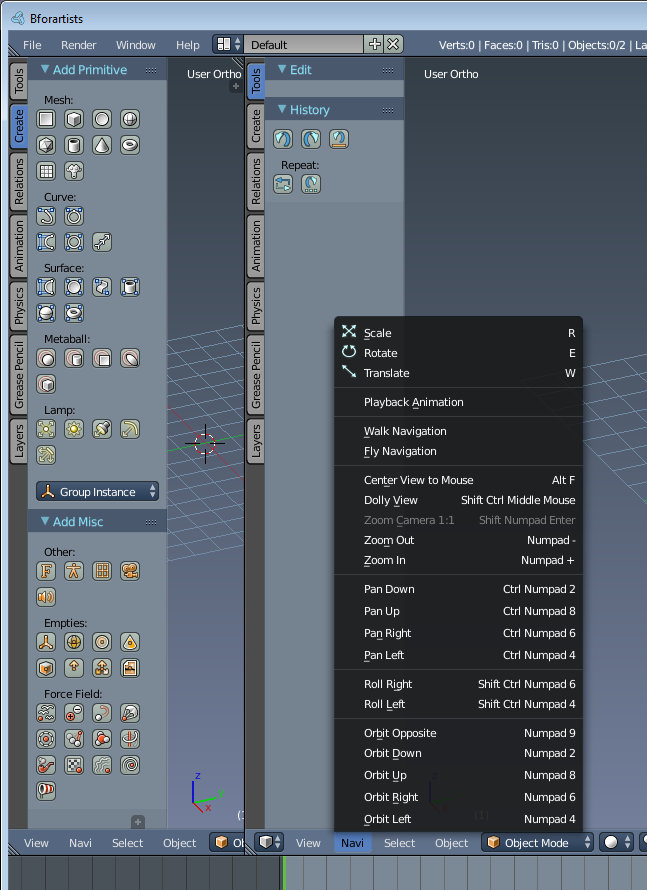 Moving the tracker to Github