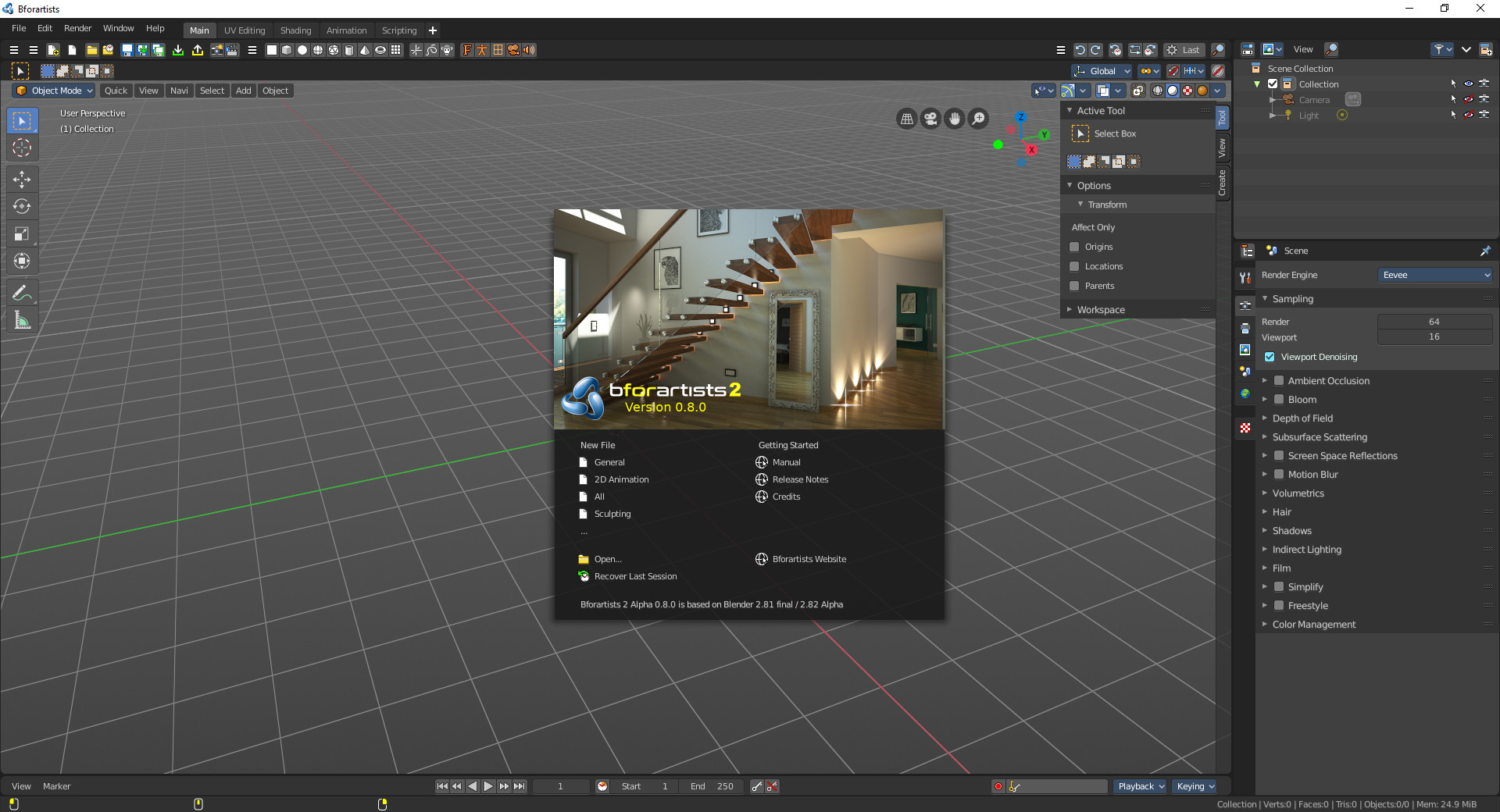 Hello Friends,
We have the next version of Bforartists 2 ready. Bforartists 2 Alpha 0.8.0
The binary downloads can as usual also be found in the download section of the official webpage. www.bforartists.de/download
The sourcecode can be found at Github. github.com/Bforartists/Bforartists/releases/tag/vbfa2_0.8.0
And the release note is here: bforartists.de/release-notes/

Again we did lots of changes and improvements and cleanup work at the icons. Some icons looked too washy or ugly, so we updated them.
Besides that it was the usual minor fixes and tweaks. Like removing a confirmation dialog in the image editor, or adding some hotkey only functionality to the menus. We catched some bugs. It was for example impossible to rotate the view while in knife mode. We have added the Blender hotkey here now, ALT + MMB. We found and fixed some more menus with missing icons. Some context menus did not show, they are now also all iconized. Linux builds did have some wrong paths, which could collide with a Blender installation. And we have of course catched and removed a few double menu entries. All in all it was the usual little small steps to make the UI more consistent and user friendly.
Bforartists is a fork of the popluar open source 3d software Blender.The primary goal of Bforartists is to deliver a better graphical UI and a better usability. Bforartists 2 Alpha 0.8.0 is based at Blender 2.82 Alpha. And is of course free.
A big thanks goes to the team too. Have fun with the new version – Reiner

New Album – CP T Tiles – This Is the Place