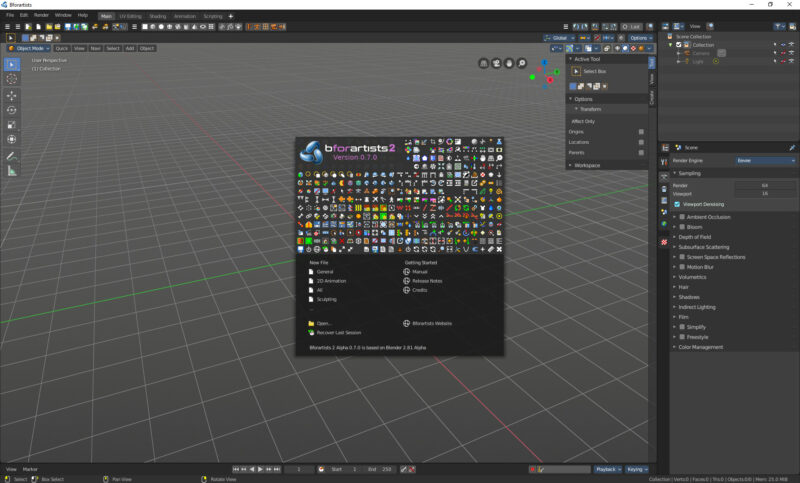 As promised again a rather small release in terms of the number of commits. Around 100. This release finishes the work at redoing the icons. Over 1400 icons are cleaned, converted and partially redone. We have now a consistent icon set with unified look and based at one color palette.

We have the icons now separated from the repository. Every single icon can now be found in a file repository. Which can be found here: github.com/Bforartists/files/tree/master/iconset_bforartists_2

Bedsides that it’s mainly the usual small fixes and cleanups. Some double entries removed. Some menus cleaned up. Fixes at the theming and the keymap. And some other minor changes. And as usual, Bforartists is up to date with the latest changes in the Blender master.

Bforartists is a fork of the popluar open source 3d software Blender.The primary goal of Bforartists is to deliver a better graphical UI and a better usability. Bforartists 2 Alpha 0.7.0 is based at Blender 2.81 Alpha. And is of course free.