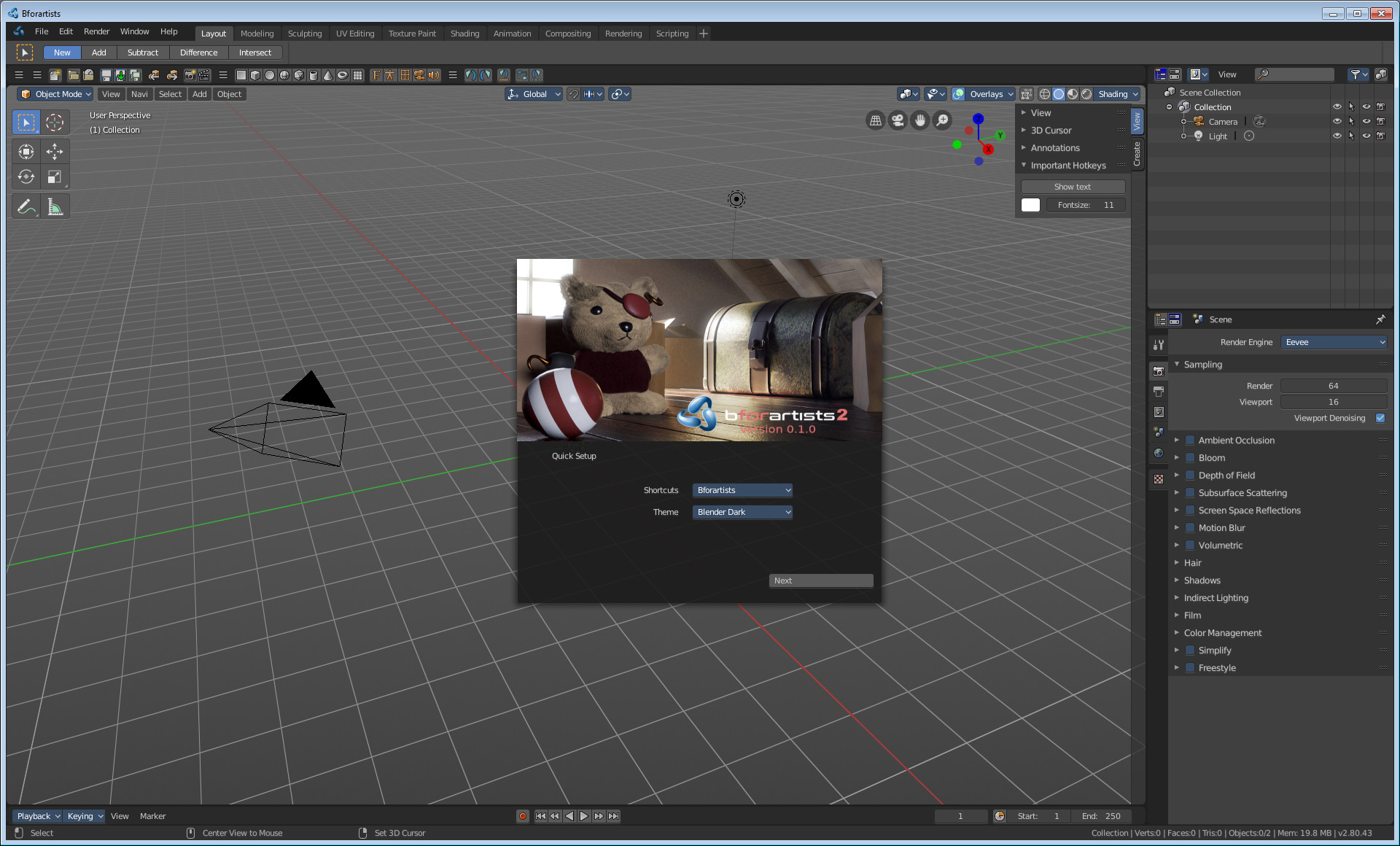 The binary downloads can as usual also be found in the download section of the official webpage. Note that there will be no 32 Bit Windows version anymore.  www.bforartists.de/content/download
The sourcecode can be found at Github.  github.com/Bforartists/Bforartists/releases/tag/0.1.0

And the release note is here: www.bforartists.de/wiki/bforartists2releasenotev010

The focus of this release was to merge of Blender 2.80 code into Bforartists and get everything working again. Means we have started to get everything back into the state where Bforartists 1 already was. Icons everywhere, readding the toolbar, readding our better readable standard theme and our keymap, reorganized menus, removed double menu entries, and so on. Some of the issues are still from Bforartists 1. But were done after the official Bforartists 1 release. All in all we have over 200 fixed issues in this release. Plus the merge, which already carried quite a few things from Bforartist 1 into Bforartists 2. Oh, and we have colored icons, not monochrome!

It’s of course ways not finished. It is the first alpha release, in the middle of the consolidation process. And Blender 2.8 is also still in development. and brings changes with every new release. So don’t expect things to work flawless. But it is in a useful state again.

Giving up the chatroom