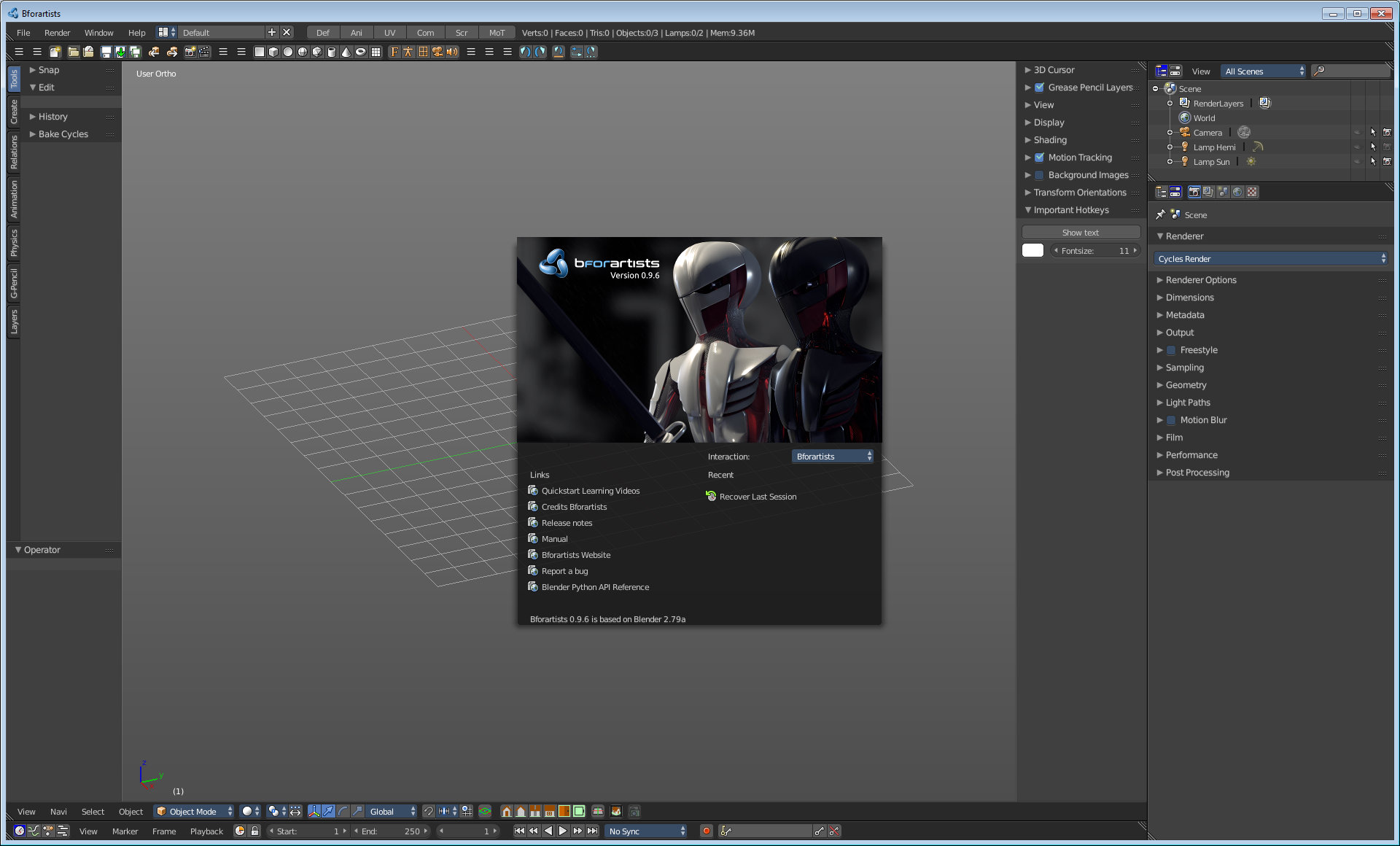 It took a while. But now Bforartists 0.9.6 is here. The Windows versions are already up and running. You can find it in the downloads section. Mac and Linux versions will hopelfully follow soon.

The Bforartists 0.9.6 release brings the changes from Blender 2.79a. Which are around 200 fixed bugs. Bforartists adds around 260 resolved tasks on top of it.

The biggest change is that it brings around 450 new Icons. Now nearly every menu item has icons. It brings also updates to the addons. We have removed quite a few double menu entries again. And quite a few properties have moved from the header menus into tool shelf and properties sidebars.

We have again some changes at the keymap. We mapped Y, X , C for mesh select mode to X, C, V instead because of the american layout issue where Z and Y are flipped compared to the european keyboard layout. Lasso select works with LMB now everywhere. The hotkey to view selected is assigned to D now. This one was formerly Numpad 0, and is now much better to handle. The caveat is that we ran into another hotkey conflict that way, which we still have to fix. Holding D is also grease pencil draw.

Another big redesign ist the whole nodes toolshelf. It comes now with icon buttons. We have reduced the tabs from 13 in Blender to three tabs in Bforartists. And the categories have become panels. This is now much better organized, and you can easier find what you are looking for.

And finally we have fixed a few bugs.

The release note can be found here: www.bforartists.de/wiki/bforartistsreleasenotev096

Another change is that we switched to Inno Setup to build the Windows installer. We loose the ability to connect the *.blend file association with Bforartists. But we win with a much simpler update process. And we use a completely free solution for that.

At this point as usual a big thanks to the whole Bforartists crew, which made this release possible. Many thanks folks 🙂

Moving the tracker to Github