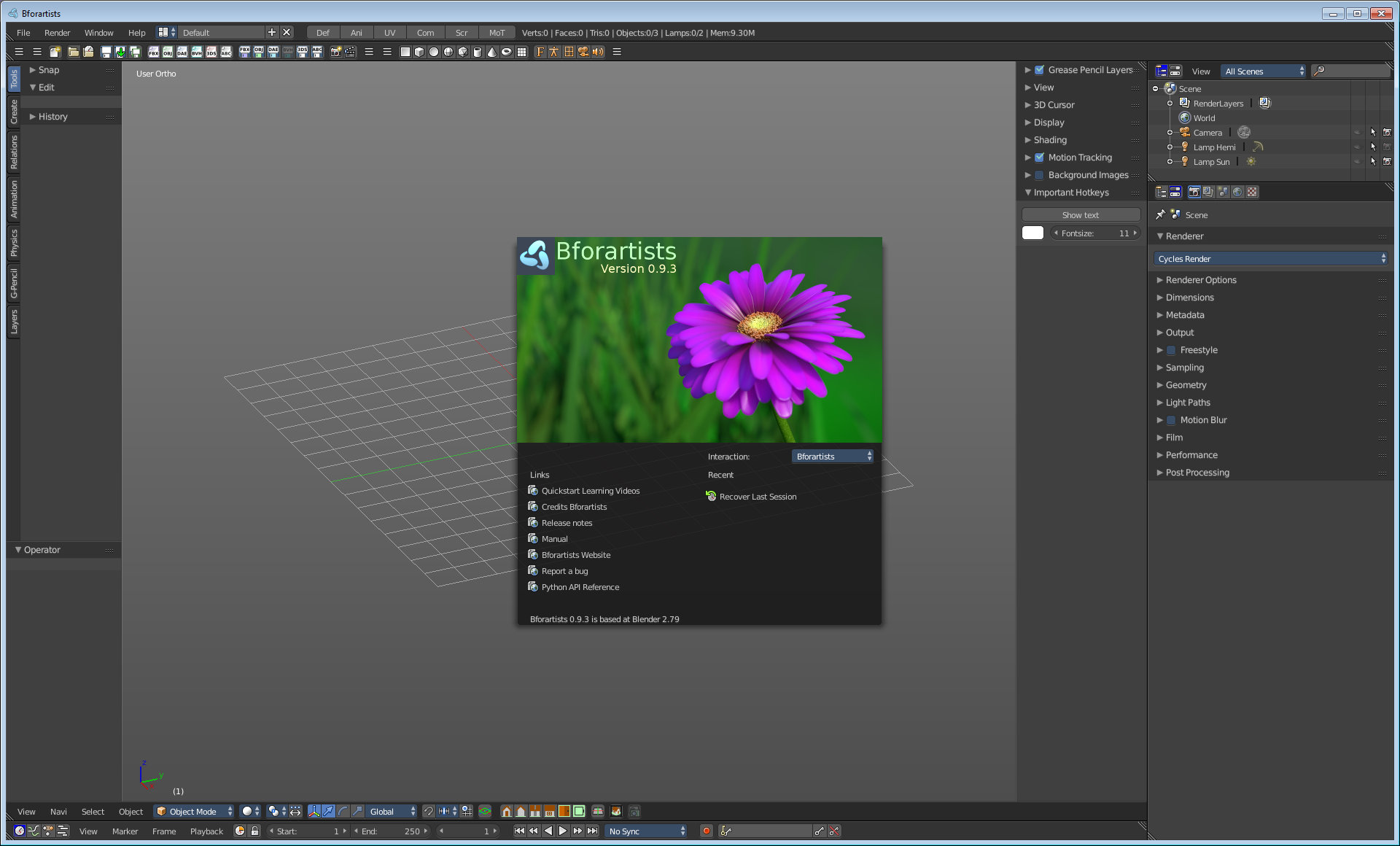 Bforartists 0.9.3 is released. The windows binarires can now be found in the download section. I cannot say though when the Linux and Mac versions will follow.

The new version brings all the goodies from Blender 2.79. Like Denoiser, PBR Shader, Shadow Catcher, Flimic Color Management, etc. . Please have a look at the Blender 2.79 release note at the Blender page for the new features. Important is the compatibility note. Blender 2.79 is not fully backwards compatible to earlier version anymore. And this affects of course Bforartists 0.9.3 too.

The changes in Bforartists itself sums up to over 100 changes again, but are each rather small. The last weeks and months were in big parts spent at documentation and tutorials. Unbelievable how time consuming this chapter is. That’s why Bforartists 0.9.3 brings mainly fixes and some small changes and cleanup operations. And we had some inconsistencies in the hotkeys again. F2 to call the console is removed since it conflicts with Linux build. The Properties sidebars now all opens with Ctrl T, not longer with N. And we have readded the hotkey to Loopcut and Slide, since it is a fundamental modeling tool, and often used.

The release note can be found here: www.bforartists.de/release-notes/

Seeking for maintainers for the Mac and Linux version

Shape keys are not only for facial animations. They can be used to correct animation poses too.
29-03-2020
Last Shown Date:
Close Menu
Press f for fullscreen.