Bforartists Version 0.2.0 is out. Grab it from the download section 🙂

The release note can be found here: www.bforartists.de/release-notes/

The main reason for this release was the merge of Blender 2.76 into the trunk. And to finally get rid of two nasty show stopper bugs in the version 0.1. The console stayed open after start. And it was no good idea to change the internal version number. This leaded to a warning every time you loaded a Blender file. Bforartists 0.2.0 should now be fully functional, and should just work like Blender 2.76. Minus the game engine. See below.

There are some first deeper cuts in this version. The game engine is disabled. The logic editor and its layout is not longer available. And there are some first visible changes at the UI to reduce the visual noise. The Scene dropdown box and the renderer dropdown box is in the Properties editor now. The version number is gone from the menu bar. And Cycles is now preselected as the standard renderer. The layer widget is gone from the 3D view. I have also removed some first double menu entries. Like in the add menu, where entries existed in the menu area and in the tool shelf. More to come, better said to remove.

The next big thing is the new keymap. Which i have started now. There’s lots to do in the Input section. It is full of oddities like menus and functionality that is just available by hotkeys, double functionality, deprecated functionality, oddities like a special menu, and so on. Every second hotkey has a red notice asides here in my documents about needed changes. Means, this step will take a pretty while. Since i don’t only have to redesign the keymap, but also to solve all those issues then.

That’s how Bforartists looks at the moment: 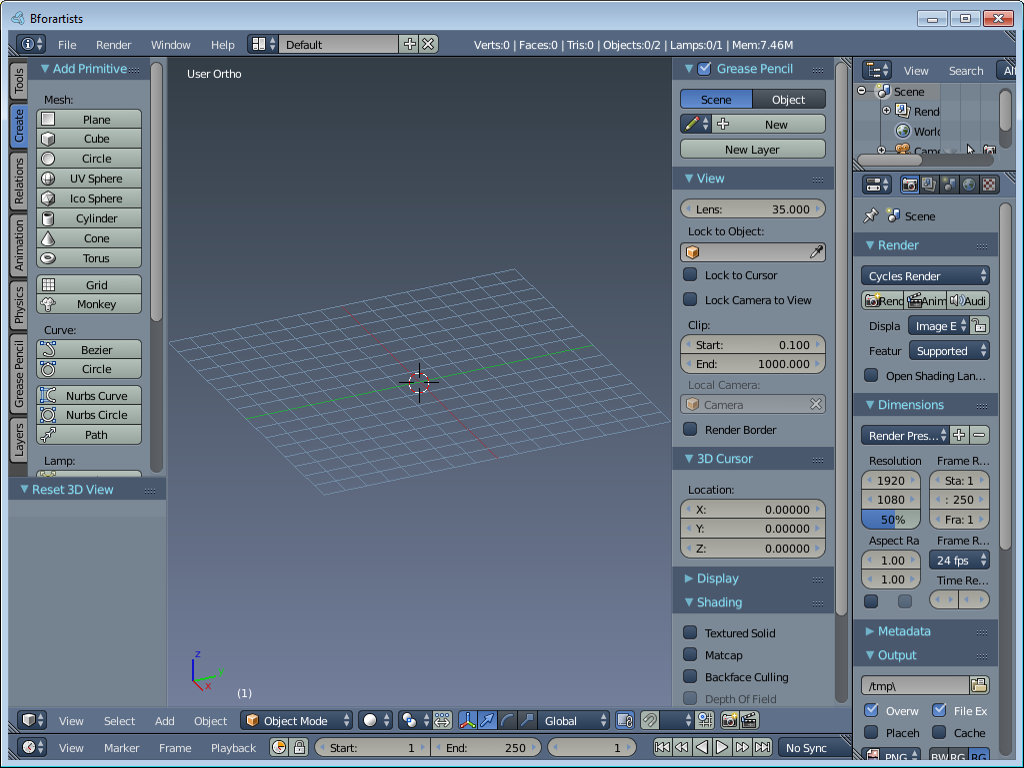