I know that you can export the UV map from BforArtists thank’s to your fantastic Quickstart videos. But i dont see the option to export as PSD file, only PNG, EPS and SVG file.

The idea i have is that BforArtists export as a PSD file compatible with the very populars softwares as Adobe Photoshop CS2 and Gimp v2.10.

Here is the things:

With UV Mapping Smart UV Project and Pack Islands that arrange the faces on 1 texture image. It would be “amazing” that BforArtists could also export as PSD file with layers.

BforArtists would see each face that form the image. Each face would be positionnned on a layer for both popular softwares. Suppose that each face are a city on the glove, to modify the look of the city and not other city’s; each city is onto a layer. Also the face (city) is positionned on the layer, for not overlapping other city’s upper or under level.

A cube has 6 faces. So when exported from BforArtists it create a psd file of 6 layers of the same size like (1024px by 1024px), but draw and position the face on the layer; as it look into the view of UV Mapping. So the face 1 of the cube is shown and drawn on one layer, with invisible-transparent space around (as png with transparency). Face 2 of the cube would be on an other layer that show only face 2. It is positioned also to not overlap face 1, face 3, face 4, face5 and face 6. The same goes for the other faces.

This could definetly speed up creating a texture with theses two very popular softwares. Because the user simply fill the zone where he/she see the texture (face) on a layer. Do the same with the other layers, then save and export there image for BforArtists.

Here is an image of what i mention of layers into Gimp with into the image some infos. 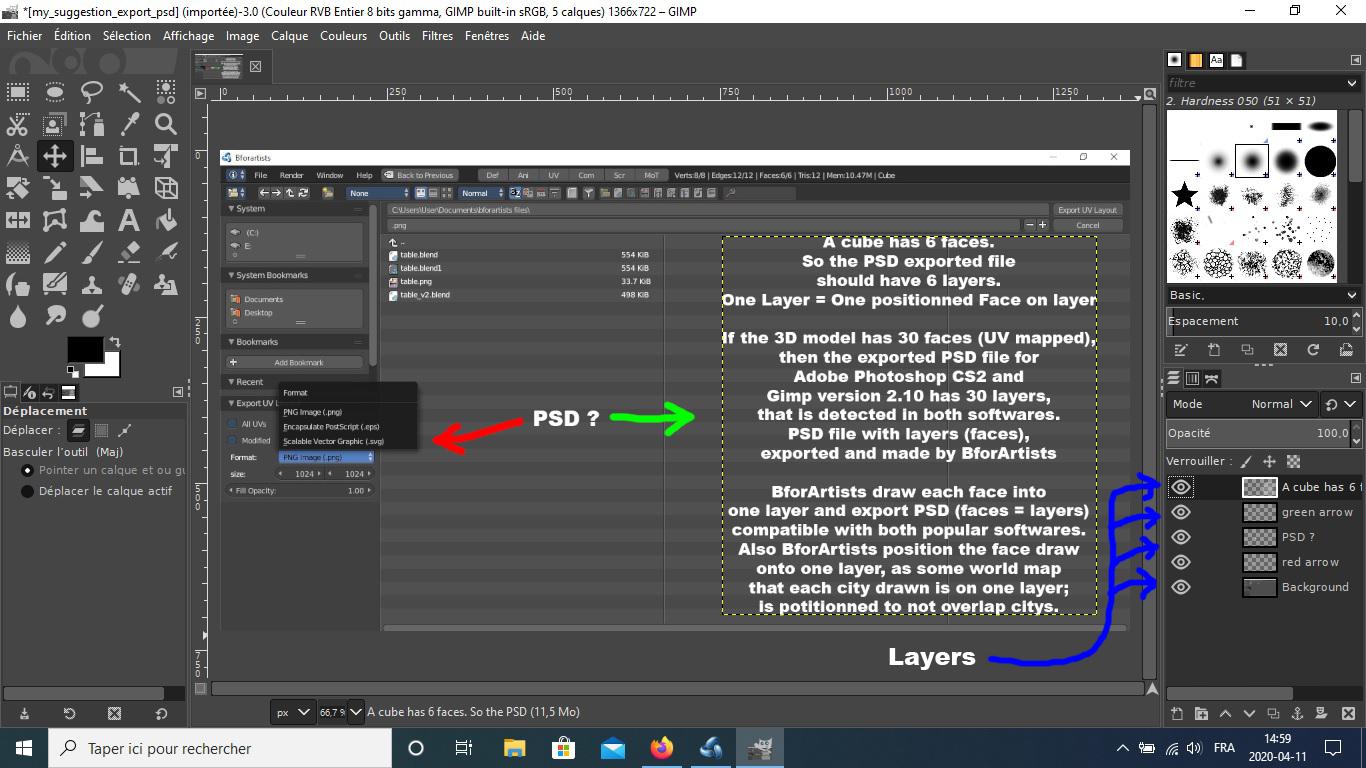